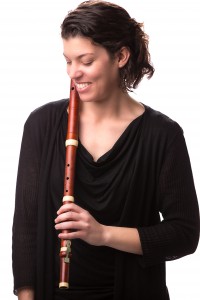 Dr. Sarah Eckman McIver attained her Doctorate of Musical Arts degree from the University of Maryland – College Park, with a focus on modern works by flutist-composers. She began her advanced studies at McGill University in Montreal, where she developed an appreciation for historical performances and a fascination with contemporary works. While pursuing a Master of Music degree at the Royal Northern College of Music in Manchester, England, she wrote a thesis on electro-acoustic music for flute and computers and at the same time began studying baroque flute with Lisa Beznosiuk. Her primary flute teachers include Timothy Hutchins, Peter Lloyd, and Dr. William Montgomery. Sarah served as flutist and section leader with the US Army Field Band from 2003 – 2014. She was a NFA Convention Performers Competition winner in 2015.

In addition to a satisfying freelance career and a thriving private teaching studio, Dr. McIver also serves as First Sergeant of the 229th Army Band, Maryland Army National Guard. She is Vice President on the Board of Directors for the Flute Society of Washington, and volunteers as a performer with DCFlutes Symphonic Flute Ensemble. She is a member of the American Federation of Musicians; Baltimore Local and Washington DC Local.